Where to Begin? Firstly, the first impressions:

So, Just after mixing everything up, I filled a cartomizer with this e-liquid, and started to vape it using my KR808 passthrough.

I must confess that initially I didn't enjoy the liquid, due to a strange aftertaste, like a french Bread straight from the bakery, also, I noticed a strong flavor and a bit sweet for my tastes, and no tobacco flavor at all. But still, no traces of the chemical, perfumey taste from my Dekang juices, so, I was decided to vape this liquid, even if my taste buds were against it.

So, I just vaped the liquid for a couple of sessions, then I watched a movie with my wife, and I slept early.
When I woke up this morning, I got a clean atty (all my attys are clean, since I’m using only cartos) and a brand new 510 cartridge.

And here I go, as I wake, for my morning session, with coffee...

But this time, my impression was: Holy Shit!!! This is Tobacco!!! Of course not the burnt tobacco from an analog, but something like if you smoke a tobacco tea, with a hint of french pipe. Also, there’s an evident mix from more than one kind of tobacco. All of this without the chemical taste from those DK juices that we learned to hate. The impression I got from this juice is that Geoff from TastyVapor discovered the fusion of Tobacco. In my DIY attempts, all I got was a slight tobacco aroma, the tar goo, almost no nicotine, and that’s it. I don’t know how he pulled this off, but no matter, the Guy is a genius.

Moments later, I opened my cartomizer and started to drip inside it, opposed to the condom filling method, and I’ve ended up having the same result, with an even better taste.

I don’t know what happened yesterday, maybe I ate so much junk food that trashed my taste buds, or maybe the juice mix somehow mixed better by sitting overnight.

Now, more tests... I got the Dunhill from DK and other tobacco based juices that suck, and I mixed them with the TV Tobacco, and vaped these mixes in many sessions. Only to find out that I discovered a way of enhancing a bad liquid, and also, a way to make this awesome juice last a bit longer.

Oh, one more thing... For good or for worse, maybe It’s Just me, but, the “laxative” effect that I normally felt smoking analogs, is present on this e-liquid.

Anyway... I praised the flavor a lot, but what about the throat hit or vapor production?

About the vapor production, very reasonable, I guess a little more VG would be Nice, but in turn, it would cripple the kick, which is also reasonable, whereas a little harsh. And of course, more VG added would mess up with the flavor, so, 10% for the doubler was a smart choice.

Aroma: 7 (Nice, but nothing special here)
Flavor: 10 (Considering in-natura tobacco, there’s nothing like it, spot on!)
Kick: 7 (Good, but a little harsh)
Vapor Production: 6 (Reasonable)

It boils down to this: Tasty Vapor Tobacco is the only tobacco flavor you should get for your juice stock, there is simply nothing like it. This could be easily my last review, since after a incessant search for the perfect e-liquid, I finally found my holy grail, where each puff is a victory, every cent spent a triumph. 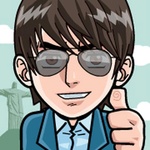 Phil River escreveu:
Oh, one more thing... For good or for worse, maybe It’s Just me, but, the “laxative” effect that I normally felt smoking analogs, is present on this e-liquid.

I have this too, and it bothers me a lot. Even when I smoke hookahs I can't stop going to the toilet

Two puffs and I'm already "Oh, no, here it goes again".
I don't have a clue about why this happens. It's funny and sad at the same time. 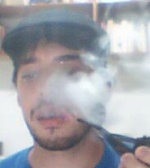 I like to think of it as an alternative rather then a replacement. All that I can attest to is that it has helped me and many of those around me become non smokers for 6 months now, a fact that I am rather proud of.